Female
Date Found: May 24, 1995
Location: In a ditch off Cotton Hall Road in Yemassee, SC
Sex: Female
Race: may be Hispanic
Birth Range: 1961 to 1964
Approximate age at time of death: Early 30s
Weight: Average Build
Height: 5'3"
Hair Color: Reddish Brown
Eye Color: Brown
Other Identifying Characteristics: Both ears are double pierced. She had a 3" scar on her lower neck (thyroid surgery) and a 5" hysterectomy scar on her abdomen.

Narrative: On May 24, 1995, an unidentified female was discovered murdered in a ditch off Cotton Hall Road in Yemassee, SC. It is believed that the unknown suspect murdered the victim at another location. Efforts to indentify the woman continue. She may be of Hispanic origins and in her early 30s at the time of death. Evidence gathered at the autopsy indicates she had thyroid surgery as well as a hysterectomy. 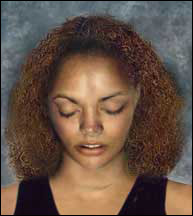 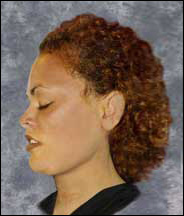